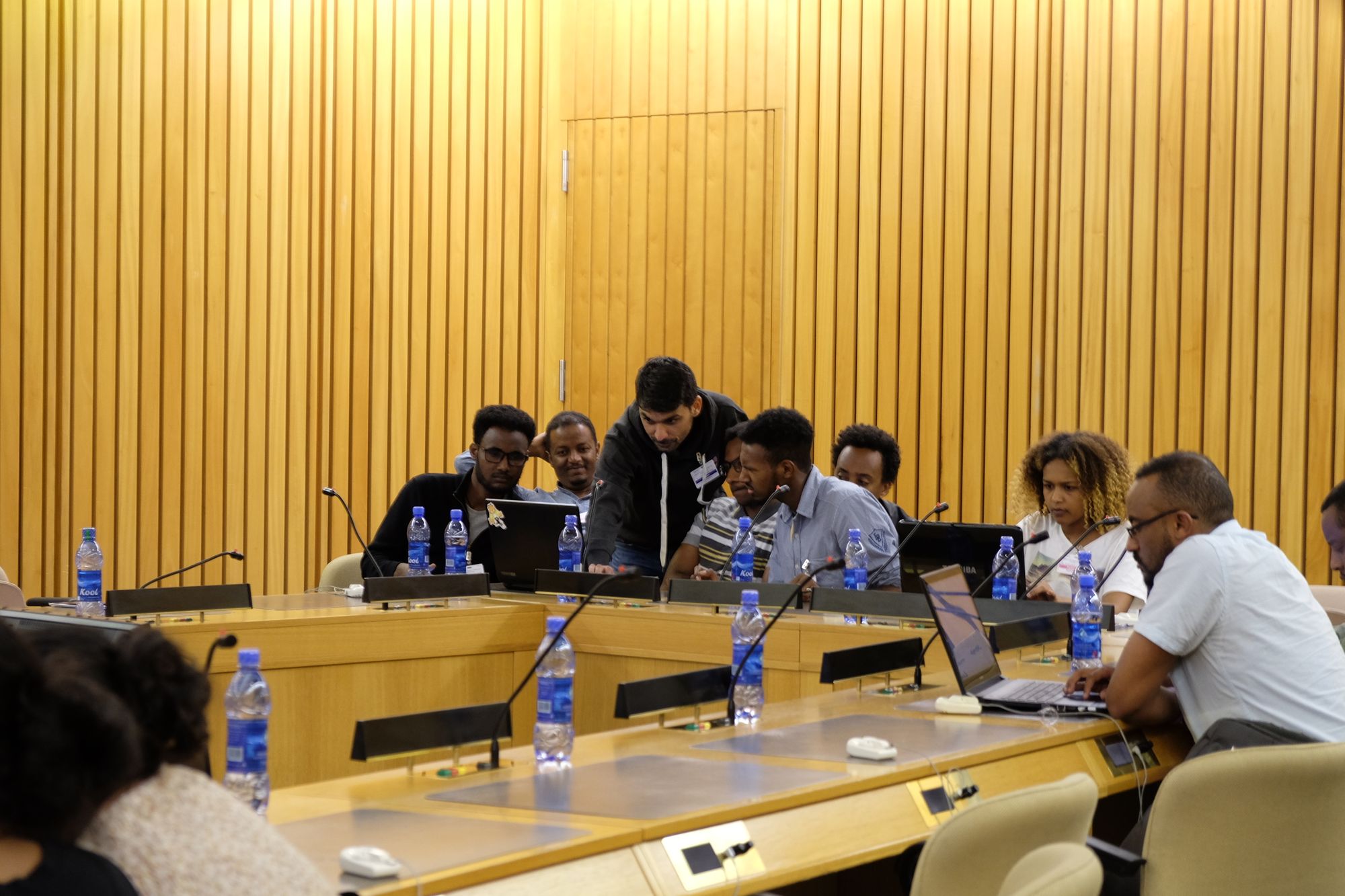 At Chromia, we’re privileged to be able to travel to hundreds of events every year. It’s funny; no one says anything when we go to LA, New York, Singapore, Berlin or London. However, when we go to Addis Ababa, the capital of Ethiopia, everyone wants to know why!

Right now, Africa is a place where interest in IT is growing exponentially. Millions of talented, highly-educated young people are investing time and money into mind-blowing ideas and startups.

They have one crucial advantage over Americans and Europeans. They’ve got problems; problems that no one has yet solved, problems that you don’t experience sitting in a glass office in Manhattan!

Do we in the developed world know about bringing new tech solutions for farmers? Do we know how rain-fed farming even works? How about how to use blockchain to run elections between different tribes spread out across vast areas? Do we have any idea how much impact African women are having on cybersecurity?

Of course we don’t. That’s why they’re slaying it!

At Chromia, when we talk about giving power to the public, we really mean it. We know how lucky we are when all we have to moan about is shitty coffee and traffic noise. We appreciate that we don’t have to deal with the real world and its problems. Our version of society isn’t white, old and rich. Our society is diverse. We need diversity to move forward.

That’s why we went to Ethiopia!

We were thrilled to attend the IT conference, AfriDevCon, at the United Nations headquarters. It was like nothing we’d ever seen before. We got to present our technology - Chromia and the Rell language - to more than 500 young developers. We spoke about shortages in the industry and the possibilities that blockchain can bring.

We were surprised to realise that Africa is more than ready to create and develop solutions based on blockchain and digitalisation. Perhaps we shouldn’t have been surprised!

The African Developers Conference (AfriDevCon) is organised by Gebeya, in collaboration with Ethiopians in Tech (EiT) and the Ministry of Innovation and Technology (MinT). It’s the first two-day, multitrack convention of its kind to take place in this part of the world.

AfriDevCon’s primary objective was to bring together software engineers, entrepreneurs, tech professionals, and academia to share insights into the future of Africa’s digital transformation.

Attendees experienced a series of workshops, demos and networking, as well as training sessions to enhance their knowledge and widen their perspectives.

Speakers included influential practitioners from Africa and the rest of the world, sharing experiences in:

What was Chromia doing there?

Later in the day, Amy Waliszewska was part of a panel titled ‘How early is too early to be a developer?’, where, with other young developers, she shared stories and advice. Topics covered included how to DIY your way into programming and blockchain, as well as a common issue amongst developers: Asperger Syndrome and ADHD.

Jahan Ghanzavi (Product Director) also had a chance to speak about blockchain gaming development in a panel dedicated to the current state of the African gaming industry.

During those two fantastic days, we also spent more than six hours in workshops, explaining and setting up the Rell environment (Feel free to try it yourself at rell.chromia.com), as well as showing developers around the Chromia platform.

We also had a Chromia booth at the conference, where Irene Ramon, our Communications and PR Manager, spread the word about the power of Chromia. She ended up giving away not only all of our business cards, but also all of our merch and Chromia manuals!

Over never-ending portions of injera bread and shiro stew, we had great conversations with literally everyone! We talked about everything from governmental institutions using blockchain in elections, to how to use Rell in the farming industry (70% of Ethiopians are farmers), to the potential of young cybersecurity specialists in Kenya and more.

We are in no way done with Ethiopia and our collaboration with Gebeya. We plan to come back as soon as possible.

We want to teach more young programmers the Rell language and show them more about developing decentralized applications on Chromia. We want to leave the knowledge, then see what people create with our tools and mentorship. We are more than sure that it will be spectacular!