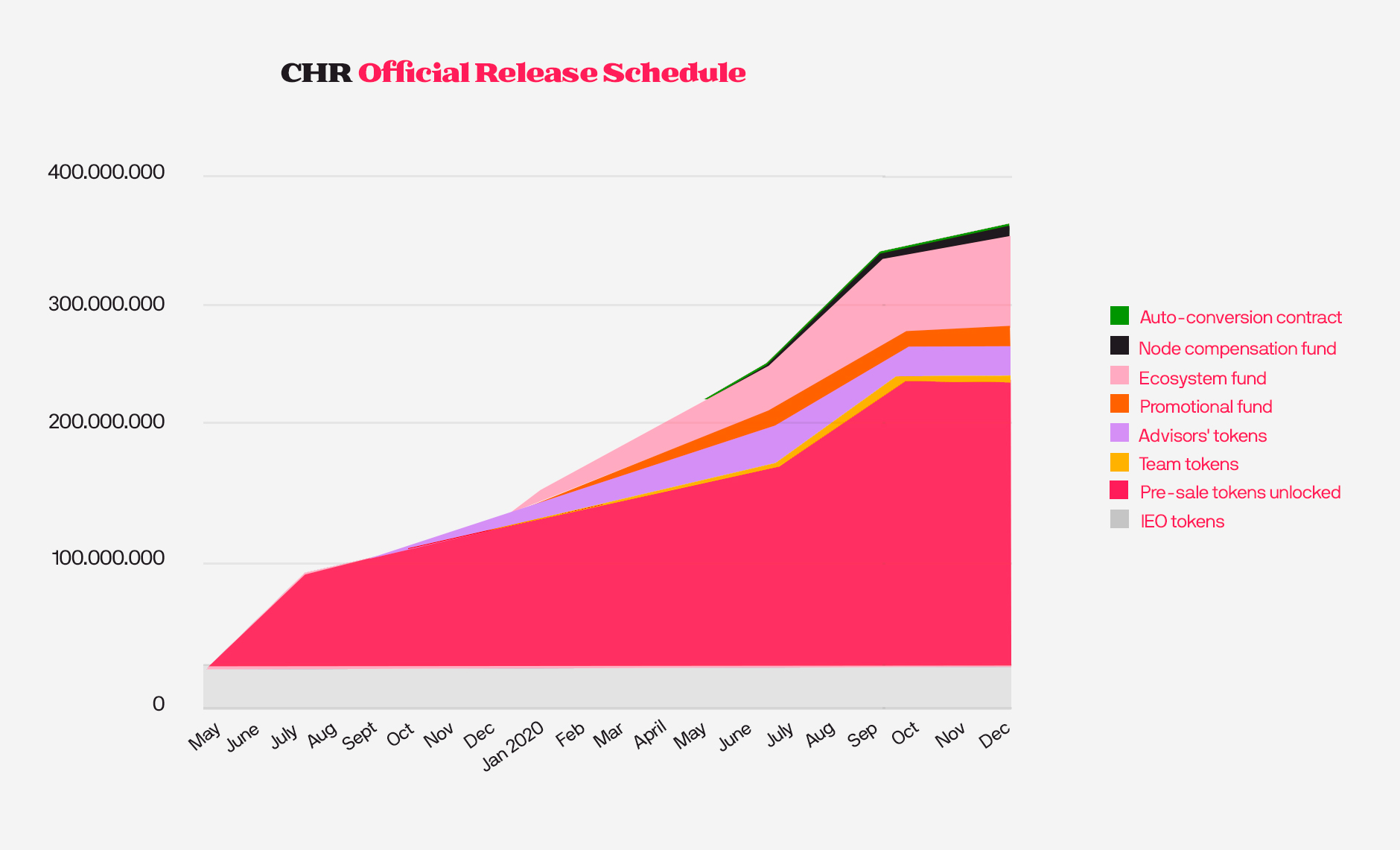 Dear friends, we know many of you care about “token metrics”, that is, the amount of token issued and entering circulation. We believe that a project like Chromia benefits from a startup-like approach of being flexible, as opposed to cryptocurrencies with fixed issuance schedules, such as Bitcoin. For this reason, the Chromia whitepaper only set the upper limit for token issuance, and set it rather aggressively - all tokens could be issued within 4 years from launch.

Just because they could be issued that fast does not mean they should. Our plan now is to commit to yearly plans of token issuance and use based on project development feedback and market conditions. The previous plan was posted in September 2019 and covered an interval of time 1 year from launch (that is, up until May 2020).

We would like to switch to the calendar year basis, thus a new plan covers January 2020 to December 2020. The plan for 2021 will be posted in September 2020, so that there’s no uncertainty.

Highlights from the new plan:

Together these measures result in slower token release compared to the previous plan (September 2019). In particular, the old plan specified that up to 324M CHR will be in circulation by the end of May 2020, but the new plan limits that number to about 225M CHR, which is 98M CHR lower.

Also here are some facts about token release so far, at the end of January 2020:

We are now working on a page which will track this information in real time.