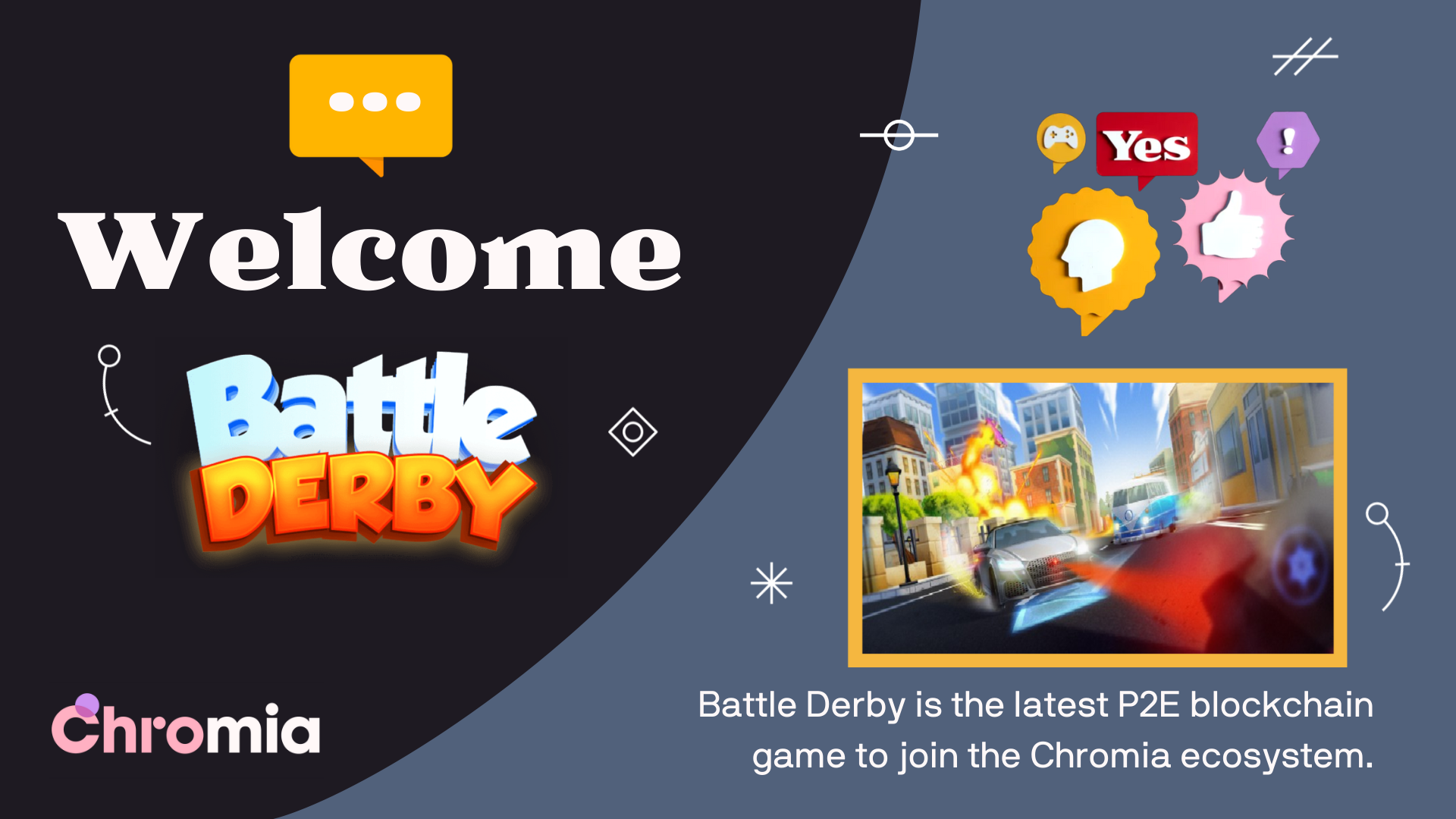 Upcoming play-to-earn blockchain game Battle Derby has closed a funding round of 1,8M USD ahead of the launch of its BDG token, slated for Q4 2022. The funding round included contributions from several high profile names in the cryptocurrency space including Chromia, Grow Your Base Inc., AlphaCoin Fund, Crypt2Gem, 98KDAO and WillyRex, one of the most important video game streamers worldwide. In addition, the company has received a participative loan through SODECAN and the FCF1, co-financed from the FEDER (ERDF Operational Program of the Canary Island 2014-2020), consolidating the public support to the company’s R&D activities.

Battle Derby is a mobile based multiplayer racing game from Triple O Studios, which will run on the Chromia network. The project is an exception to the rule in the crypto space, in that the majority of the game is already built. Development will instead focus on perfecting the game's tokenomics and streamlining blockchain integration with the game to provide end users with a sleek and intuitive experience.

Triple O Games (the studio behind Battle Derby), was founded with the vision of delivering blockchain games with sustainable P2E tokenomics through an innovative model they have dubbed “proof of skill”.

“Proof of skill is not a consensus mechanism, but rather an incentive structure that controls a game’s reward and governance system. The purpose of this structure is to grant more power to the actual players of the game, as opposed to whoever has the most money and therefore can control the most tokens.”  Isidro Quintana, CEO of Triple O Games

Battle Derby will be establishing a presence on social media channels over the coming weeks, while also working towards deploying an alpha version on Chromia’s testnet. Details regarding a public token sale, TGE and mainnet launch are expected later this year.