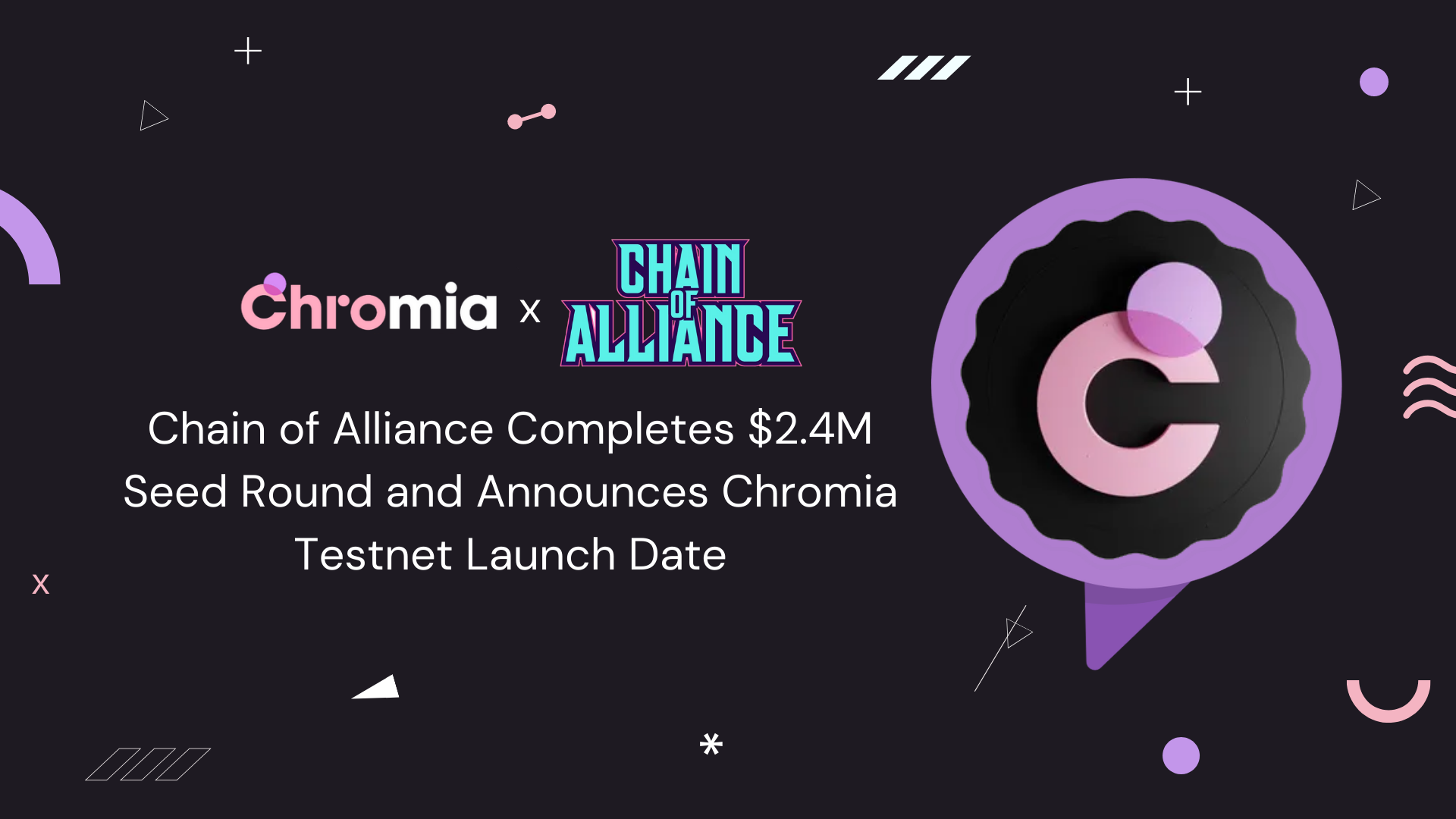 The RPG Gaming Multiverse project Chain of Alliance has announced its intention to launch a public beta on Chromia’s testnet in February 2022.

The announcement comes on the heels of the conclusion of a $2.4M seed investment round that included several notable contributors, including Animoca Brands, Spartan Capital, Overwolf, Coin 98, Dialectic, Kyros Ventures, and others.

According to the description on the project’s official Medium announcement, “Chain of Alliance is a fully on-chain RPG in a Fantasy/SF-Scenario with NFTs, where players with their party of adventurers can combat other players’ party or AI-controlled monsters for loot and experience points to enhance and develop their very own individual heroes. The emphasis of the game is on developing, customizing, and enhancing your own character, picking from multiple species, classes, and loot. All characters are represented as non-fungible tokens and game progress is stored on [the] blockchain. The game and all game modes are smart contracts defining the game logic which makes all decisions verifiable and traceable by the players. The multiverse starts with a turn-based game mode, where players can compete against each other in a PvP battle.”
A private beta of the game is already underway, with the public testnet launch slated for February 2022. The coming months will be busy for the project, with several more developments and announcements to come. Subscribe to the Chain of Alliance official Twitter account and Discord to stay up to date!