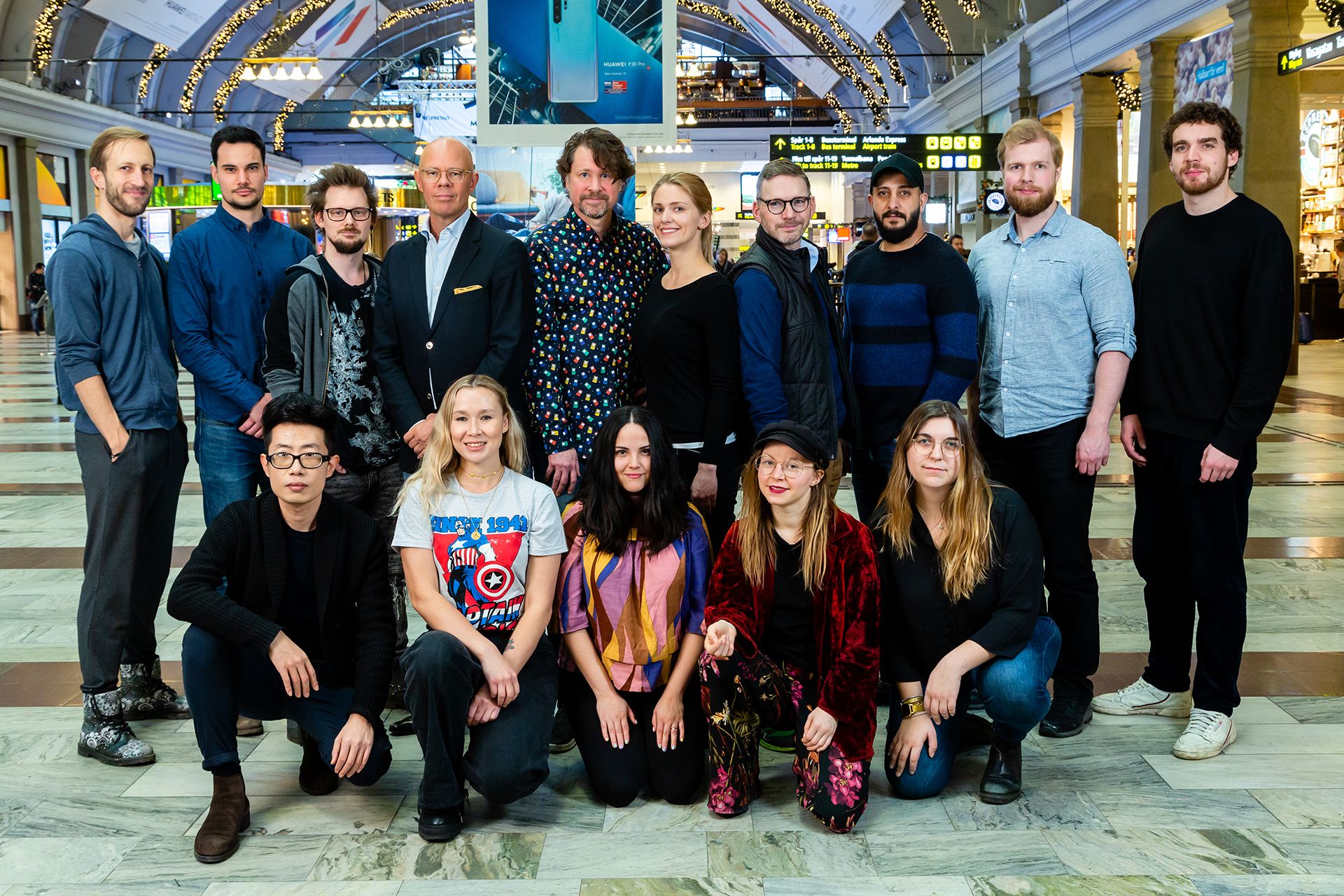 Chromia can bring decentralized applications to the mainstream. Relational blockchain offers a robust platform to build on, sidechains support scale, and a pragmatic governance model enables sustained and sustainable growth. We all know that superior technology is not enough. A platform requires so much more to be successful. From the first early version of our white paper, in which we laid out our plans for Chromia, we described a gaming-first approach to building Chromia from a promise into a self-sustaining ecosystem. This approach is built around several pillars:

In this article I will summarize the work that ChromaWay has been doing in gaming over the past months, and introduce our latest initiative. We have just closed a deal to acquire the industry leading XR and blockchain games development studio Antler Interactive. They are based in Stockholm, and we have been following their work with interest for some time. Now we are thrilled to have the opportunity to bring their talented team into the ChromaWay family, and work more closely than ever with them to bring the next generation of blockchain games to market.

First, our most exciting news. ChromaWay's acquisition of Antler Interactive. Antler Interactive was founded in 2016 as SVRVIVE Studios. They boast a uniquely skilled team (who you can read about on antlerinteractive.com) with a wealth of experience in building games using cutting edge technologies. They specialise in AR/VR ("XR"), and blockchain, and have a number of successful titles under their belts, like Reef AR, SVRVIVE: the Deus Helix, and Krystal Kart. Their work is predicated on the idea that to stay ahead in gaming you need to embrace next generation technologies, and combine them with strong IPs and game building fundamentals.

Antler's Krystal Kart is their first foray into blockchain gaming, and is available to download for free from App Store and Google Play Store. The game combined racing on fast looping Augmented Reality tracks and blockchain collectibles integrated with CryptoKitties. In Krystal Kart for Android, CryptoKitties owners could receive a free “kitty kart” based on the “cattributes” of their respective cats. Antler Interactive was the first studio in the world to combine AR racing with blockchain assets. Now they will be stepping up their blockchain games using the Chromia platform. Read more about Chromia as a platform for gaming here.

Antler are close neighbours to us, and we have been in contact for some time. They will remain an independent, tight-knit team doing what they do best, and we will support them and give them what they need to do great things on Chromia. A win-win situation in which they get a blockchain platform that doesn't restrict their vision, and we get world class games that show off the very best that can be done with Chromia.

This acquisition is the latest step in a sustained strategy of investment in gaming. Over the past year, the ChromaWay team has been testing and refining game prototypes as part of the Chromia development process. For example, building Chess on Chromia gave us the chance to work with simple 2D matrices and to play with win condition testing. Battleships and Poker were a test bed for commit reveal encryption. Tic Tac Toe allowed us to show how easily a simple game can be brought from idea to reality, and has been used for numerous workshops and live coding exercises around the world. We were even flattered to see that the Lisk team reproduced our Tic Tac Toe app on their own platform.

To produce games with real originality and character, we needed a dose of game development muscle that we did not have in house. So six months ago we invested in a collaboration with Workinman Interactive. Together with them we have been building towards the release of our own original title showcasing innovative blockchain game mechanics made possible with Chromia. Mines of Dalarnia will likely enter open release Q1 2020, and will feature strong economic elements and p2p marketplaces for digital collectables and tokenised in game assets. Collaborating with a powerhouse like Workinman has been a terrific experience for us, and we have benefited enormously from their experience, creativity, and professionalism.

Building out the ecosystem

Mines of Dalarnia has its own token, which is used for buying and selling game areas on which to mine, and serves as a general medium of exchange within the game. The needs of the game, as discussed in collaboration with Workinman, refined our token library, Flexible Tokens or FT3 for short. For example, we needed a way to smooth and moderate the CHR/Dalarnia token exchange rate, to protect our player base from the wild volatility of crypto markets and to support an enjoyable market experience even at smaller scale. This was an opportunity for our CTO to put his previous academic work around stable coins to good use, and add a token bonding curve algorithm which allows players to buy and sell CHR for Dalarnia tokens and vice versa - without an exchange or centralized price definition.

Unique digital assets, or "non-fungible tokens" (NFTs) as they are often referred to, will also feature in Mines of Dalarnia. We developed a standard for use within Chromia, and made a simple game for testing it which we called Planetary. Planetary allowed players to collect assets like belts and sunglasses and outfit their "planet" characters with them. This element of composability, in which digital assets can be grouped or collected in logical constructions, is a significant step forward from how NFTs are handled in - for example - Ethereum. Planetary was deployed and tested at scale by our alpha testing group, and also by attendees at San Francisco blockchain week.

These elements are reusable standards or libraries which will be open and usable by anyone who wants to build games on Chromia. Indeed, they are also useful in non-gaming applications. We believe that this kind of investment in ecosystem assets will create a snowball effect, building our ecosystem at an exponential rate. We have some evidence of this already, as a pair of enterprising developers came to us with a C# client for Chromia, meaning that it is now possible to develop games using the extremely popular Unity 3D game engine. They are working on an autochess style game using this client, which is also open source and available for reuse.

We are hugely excited about our acquisition of Antler, and all of the other work we are doing to make Chromia the go to platform for blockchain gaming and beyond. Make sure to follow us on Twitter and Telegram to stay up to date with all the latest developments!