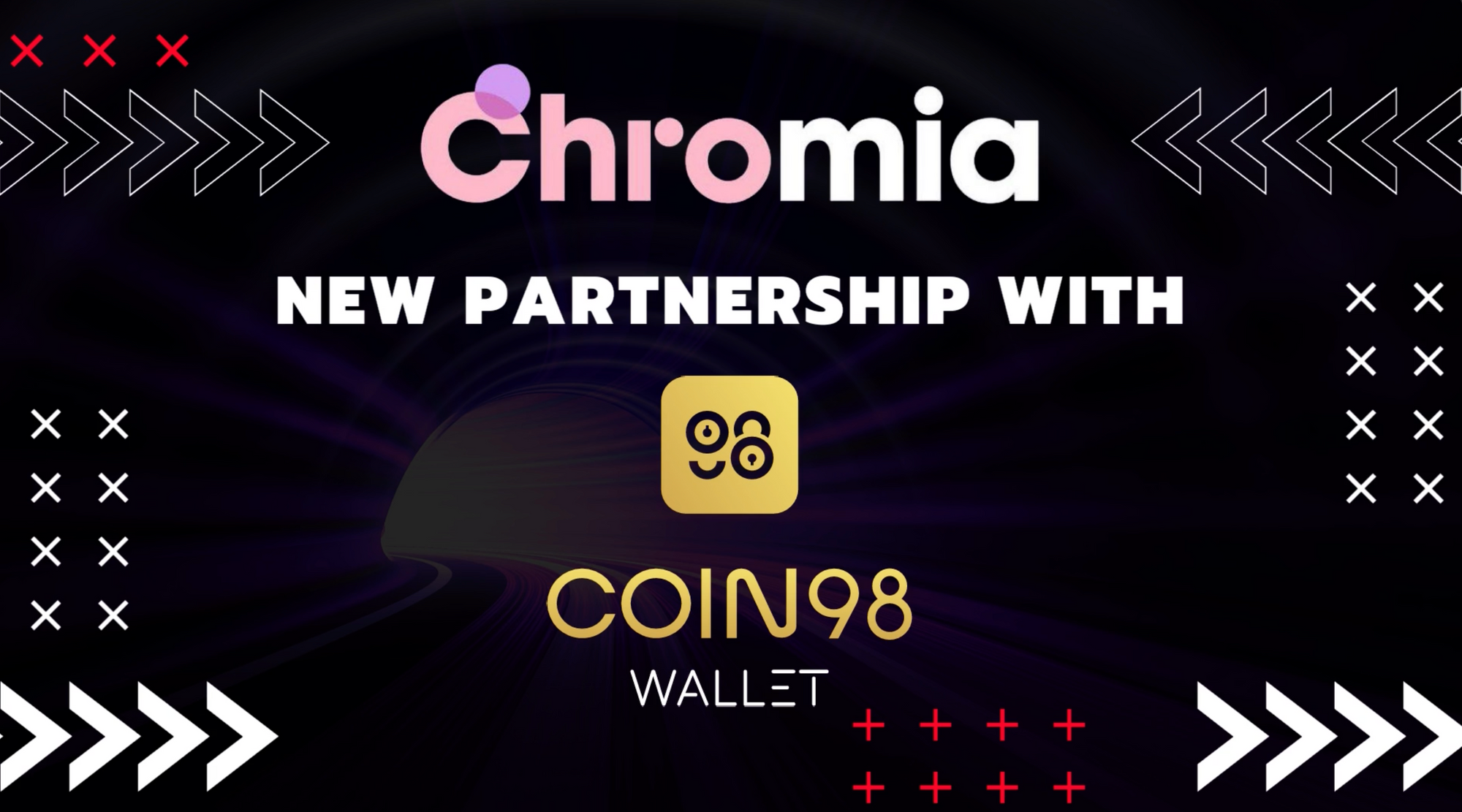 Chromia has formed a strategic partnership with Coin98 Wallet, a cross-chain wallet operating on iOS, Android, and browser extension.

Coin98’s ‘Version X,’ which is slated for release on May 31, 2021, will support both the ERC-20 and BEP-20 versions of the CHR token, with plans to support CHR-native tokens upon release of Chromia’s autonomous mainnet later this year. We are also exploring the possibility of Coin98 supporting a launchpad for Chromia blockchain-based projects in the future.

As we move forward, we anticipate an aggressive expansion of the Chromia ecosystem due to increased usage as both a Layer-2 and Layer-1 solution for a wide variety of decentralized applications. Our partnership with Coin98 will give users a one-stop wallet solution that will allow them to enjoy everything Chromia has to offer with total convenience. We are happy to welcome Coin98 to the Chromia family!

Chromia is a blockchain platform that aims to solve the scalability problem for DApps that consists of a network of relational blockchains. DApps can be written in a way that is familiar to developers worldwide, whether they work on large enterprise applications, games, or smaller projects. Current implementations of DApps on Chromia include finance, gaming, real estate, and healthcare. In the future, Chromia will also focus on DApps involving supply chain, enterprise services, and IoT.