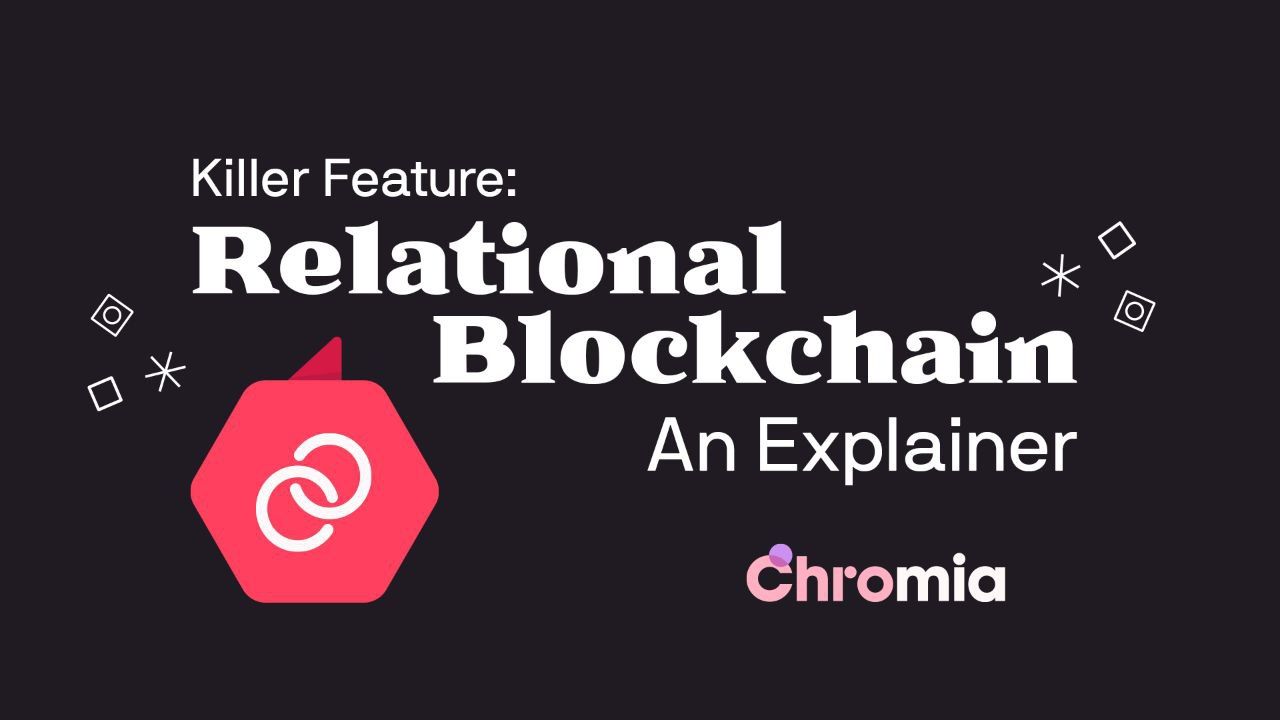 Relational Databases are at the heart of the information age and power almost every application that you use in your day-to-day life. Social media, online retailers, video games, and more all rely on the efficient data storage, searching, and editing that these databases provide.

For over fifty years, the relational model has become the gold standard for database management. These models allow the use of SQL systems, which have been built out and optimized by hundreds of companies and developers over the span of decades.

In any setting where it is acceptable (or even preferable) for data to be centralized, using a relational database will always be faster, cheaper, and more convenient for users and developers than using a blockchain or distributed ledger.

When Bitcoin was launched in 2009, it introduced a new type of database: a blockchain. Blockchains were fundamentally different because they allowed information (in this case, a list of transactions) to be stored, verified, and maintained in a decentralized fashion.

This innovation allowed cooperation between parties that don’t trust each other. By removing the reliance on central administrators and other trusted third parties, Bitcoin unlocked new possibilities. Later projects, like Ethereum, expanded the scope of blockchains by introducing smart contracts which allowed for the creation of tokens and decentralized applications.

After the advent of smart contracts, there was a mad rush to apply blockchain to absolutely every use case - even when the technology was a poor fit. While blockchains greatly improve security and allow users to operate in a trustless environment, they process and store information slowly and inefficiently.

What if you had to pay a transaction fee and wait ten seconds for confirmation every time you wanted to like a Tweet or sell an item in a game - the experience would be such a hassle that most users would find a better alternative. The last half decade has been spent trying to improve both the scalability, data storage, and data handling capabilities of blockchains in order to deliver the convenience and speed of centralized applications with the trustless environment and security provided by decentralization.

As blockchain projects get progressively more ambitious, they will require a platform that more closely resembles the technology that powers the largest and most popular applications in the world. Relational databases have been at the heart of both enterprise and commercial software for decades - for this reason, we believe that relational blockchain is the best architecture for making decentralized applications that can go mainstream.

Use Cases and Advantages

Chromia’s programming language Rell is based on SQL. SQL is the most widely used language in the world, known by approximately 50% of programmers. For comparison, less than 1% of developers have any experience with Solidity.

Most users of EVM chains are familiar with the lag that can occur between on-chain transactions and the data displayed in block explorers and dapp interfaces. With Chromia, this problem is eliminated because data is indexed instantly when transactions are confirmed.

Many decentralized applications rely on centralized databases to store large datasets because the blockchains they run on are too inefficient to do so on-chain. For example, you may use a DEX that performs token swaps on-chain, but the order book you are watching is actually hosted on a centralized server. Chromia’s design removes this limitation and allows applications to exist 100% on-chain.

On Ethereum, limited network capacity makes complex transactions impractical. For example, developers have to jump through hoops to implement something as simple as an interest payment to a list of users. Instead of Dapp code which traverses memory cells one by one, Chromia can leverage relational database functionality to carry out complex operations with multiple inputs and outputs quickly and efficiently.

One Piece of the Puzzle

Chromia’s vision is to deliver Decentralized applications that provide the ease of use and rich features of traditional applications. Relational Blockchain is just one facet of the powerful platform we are building. To explore further, check out the previous article in this series about customizable fee structures, and feel free to peruse our whitepaper.