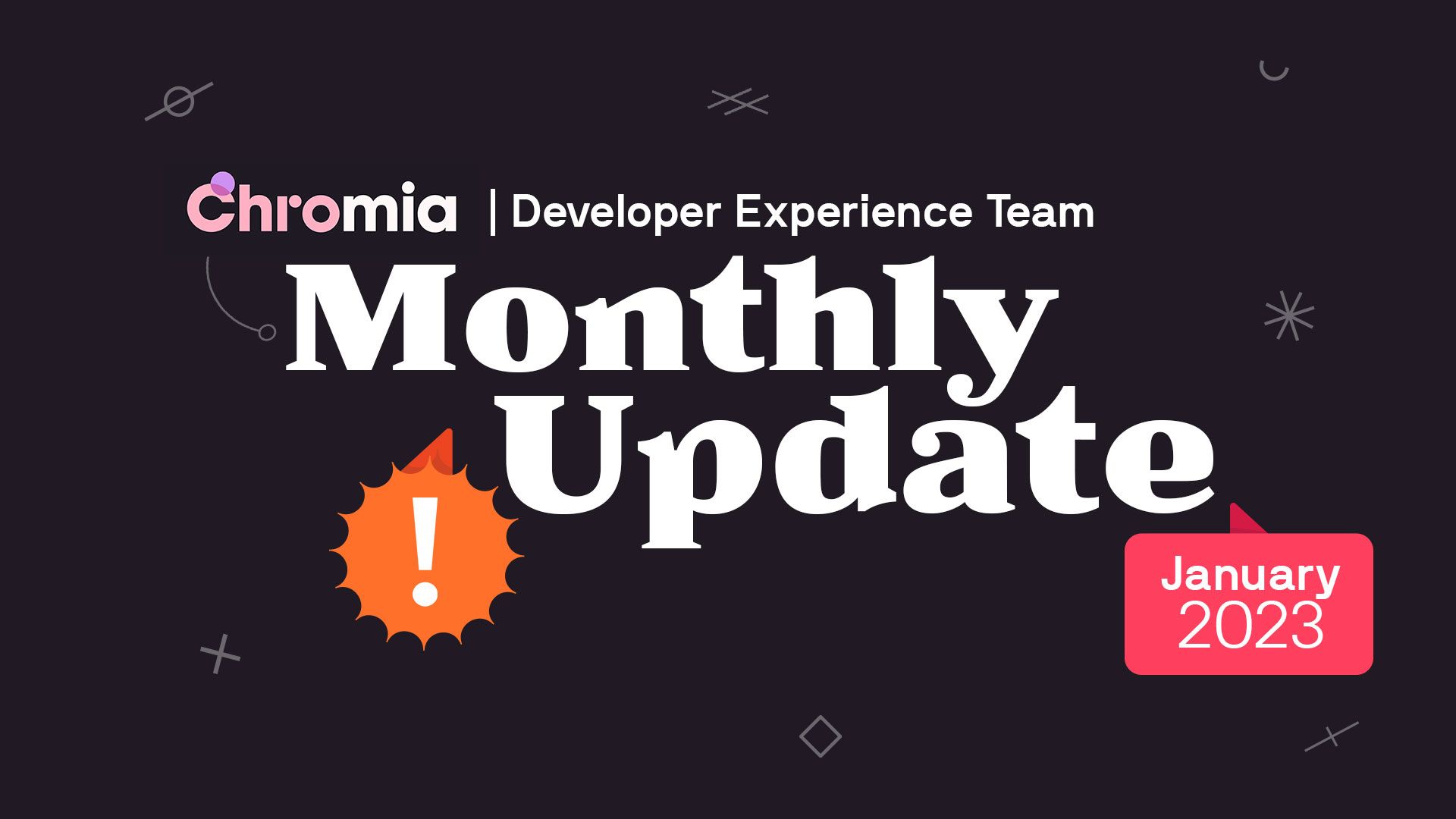 Welcome to the first installment of our mid-month Developer Experience Team Update! The purpose of these updates is to keep Chromia developers up to speed on the improvements being made to documentation, tooling, and network design to support them in the expansion of the Chromia ecosystem.

Moving forward, this series will become technical in nature and be primarily directed at developers. However, for our first installment, we will be providing a ‘big picture’ summary for both developers and casual readers in order to understand the importance of the DX team’s efforts to the future of Chromia.

Please note, “retail updates” focusing on development milestones, network/ecosystem expansion and marketing efforts will continue to be released at the end of each month.

What does “Developer Experience” mean?

In short, Developer Experience is the experience that developers have when they build Dapps for the Chromia platform. In order to attract and retain developers to our ecosystem, we want the experience to be as efficient and enjoyable as possible.

Most people are familiar with the term user experience, often shortened to “UX”. When websites and applications are designed, it is important to provide users with a pleasant experience so they continue to use the product/interface. One can think of developer experience “DX”  as the equivalent for programmers who are building decentralized applications.

Why is improving DX important?

Chromia’s vision is to deliver a public decentralized application platform that can attract third party development and grow a vibrant ecosystem. In order to achieve this goal (especially with a custom programming language like Rell), it is necessary to provide professional grade tools and documentation.

In the early stages of the project, most development was being done by a small group of people with intimate understanding of Rell, making these improvements a lower priority. However, as the project grew in size and profile, it became clear that resources improving the overall DX would yield exponential benefits in the long term.

DX is crucial in building a platform that programmers choose to use. While Chromia will offer several technical benefits in terms of performance, scalability, and features, all of that doesn’t matter if it’s slow and clunky to build on, or difficult to learn. A good DX makes building more enjoyable, while also providing huge gains in terms of development speed.

When was the Developer Experience Team established, and how big is it?

The Developer Experience Team was established in early 2022 in order to analyze and outline the most important areas for DX improvement on Chromia. In the second half of 2022, the team was expanded to six people and work began on the identified areas for improvement.

What key tasks were achieved in 2022?

In October 2022, the team published a Rell extension for Microsoft’s Visual Studio Code (often referred to as simply VS Code). This extension provides several important benefits to developers using VS Code to write Rell applications, including syntax highlighting and semantic coloring, as well as compilation errors and warning messages.

While developers will immediately understand the importance of this extension, here is a graphic from a 2022 Stack Overflow Survey that can make it clear to anyone:

The bottom line is that VS Code is the most widely used code editor, by a large margin. Providing an extension for VS Code makes Rell coding as efficient as possible for the largest number of professional developers possible.

Throughout Q3 and Q4 2022, the team made continuous improvements to the Chromia JavaScript client (postchain-client on npm), while also transcribing it to TypeScript. In addition, the team also added the ability to query system nodes in order to retrieve a list of the nodes running a particular Dapp.

Throughout Q3 and Q4 2022, the team made continuous improvements to the developer documentation, including:

Towards the end of 2022, the team added a dedicated technical writer whose sole focus will be to continuously improve and expand the developer documentation to ensure that it is as accurate and up to date as possible.

That’s All for Now!

As mentioned at the outset, these mid-month DX updates will be primarily developer focused. However, we welcome casual users, retail investors, and all stakeholders from the Chromia community to follow along with our progress.

Providing an efficient and enjoyable environment for developers is critical to fueling the long term success and sustainability of the Chromia Network, and we are working day in and day out to do just that.