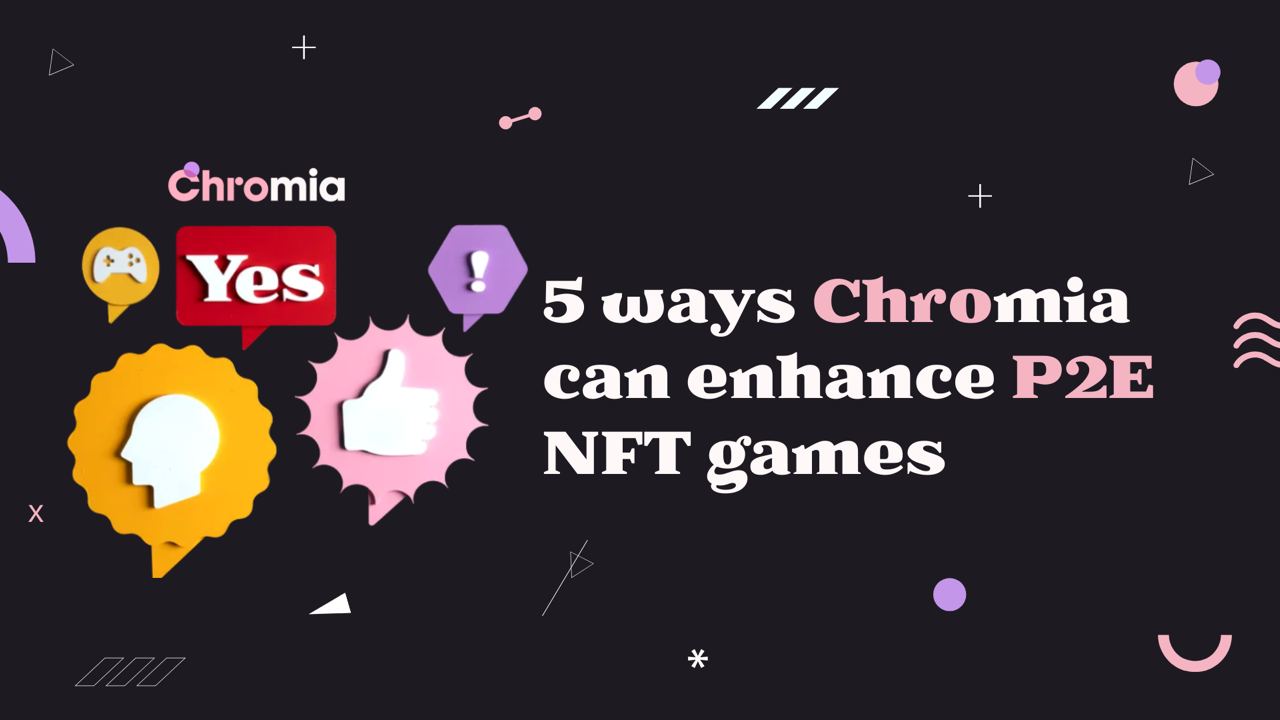 In another article published on our blog in July, we outlined several of Chromia’s relational blockchain features that can take blockchain gaming to the next level. These features include Single sign-on, on-chain game logic, on-chain save game states, and customizable fee structures for decentralized applications.

Inspired by the explosion in popularity of ‘Play-to-Earn’ blockchain games in 2021, we would like to share some ways that Relational Blockchain and the Originals token standard will be able to work together to unlock new possibilities for play-to-earn games running on Chromia in the future:

By allowing the publisher of a dapp to reserve computational resources on the Chromia network by paying with CHR tokens, Chromia can offer games that do not require end-users to pay fees every time they wish to take action. By saving money that would otherwise go to blockchain fees, play-to-earn gamers can increase their bottom line.

Originals can be designed such that a character NFT can wear (or otherwise possess) other NFT objects. This means that the rare monster you’ve bred could also be outfitted with legendary armor or some other item of interest, magnifying its value. The possibilities of this system are limited only by the imagination of game developers.

Originals can start with initial conditions that change as in-game events occur. As an example, a scroll could allow for a spell to be cast 3 times. When a player uses the item in game, it will alter the remaining uses to 2. This can create more nuanced in-game economies and enhance the rarity of objects that are ‘used up’ over time.

4) Portability can expand the market for items

Developers can make items cross-compatible with other games on the Chromia blockchain network. This allows for synergies to be formed across games from the same development teams or with games that create partnerships with each other. Items that are useful to more people in multiple game worlds are more saleable.

Since Originals are programmable, developers will be able to build NFT sets with special properties - for example; two NFTs could be synthesized into one new NFT, with the first two beings ‘destroyed,’ or burned, in the transaction. This opens the possibility to in-game crafting mechanics, which would resemble crafting in traditional games - by extension, it will also create a market for both rare synthesized items and valuable ‘ingredients.’

We believe that play-to-earn is not simply a fad. We are witnessing the emergence of a subgenre that will grow and remain relevant for years to come. By providing blockchain developers with the most flexible and powerful tools, we will become an important player in this space. To stay up to date on our newest developments, keep an eye on our website or join the official Telegram announcements channel.