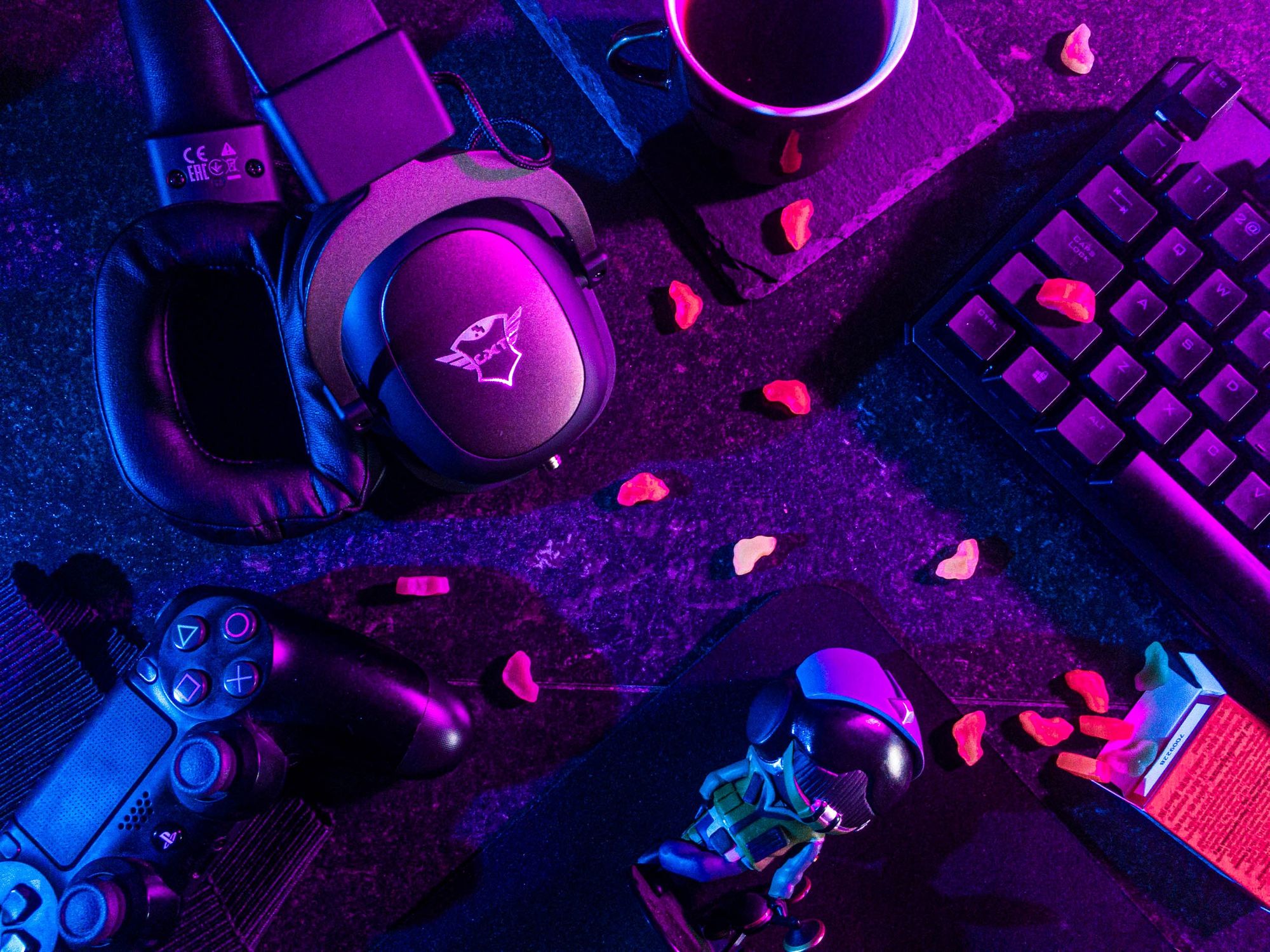 The gaming scene tends to appeal to people with more technological savvy than the general population, which makes it well suited to adopt new technologies relatively early. Gamers have also been comfortable with digital in-game currencies for years, so cryptocurrencies may represent a natural evolution of an existing concept for them. Multiplayer systems, payment structures and game assets could all soon take advantage of blockchain’s capabilities of immutability and verifiable trust. Plenty of the large companies within the gaming industry, like Ubisoft, Epic Games, Sony and Microsoft (and small studios alike) are experimenting with blockchain technology. Despite this, blockchain’s use at scale in gaming is still in its infancy; it remains a niche for now.

How can blockchain be used in games?

Games described as a ‘blockchain game’ range from regular games that just use the blockchain to store a few game-assets, to games with full game logic on the blockchain.

Most blockchain platforms' limitations in scale, data model complexity and programming model mean that blockchain gaming today is overwhelmingly focused solely on ‘Non-Fungible Tokens’ (NFTs). Our latest blockchain-based game Mines of Dalarnia includes a single sign-on (SSO) vault managing all decentralized applications (dapps) running on Chromia. Players are even rewarded with Dalarnia tokens for logging in daily. Besides just tracking ownership and transferring tokens and items between Mines of Dalarnia players, we have also designed the game to allow for a player-run in-game market due to relational blockchain technology. Gamers can either use their mining plots to mine themselves, or put them up for rent or sale to other players in return for some in-game currency.

In the new Mines of Dalarnia release, we have also introduced several exciting improvements and features to the game. For example, the minerals mined by playing, required to improve the character, can now be exchanged between players. In addition, the newly added skins and accessories bring another layer of tradable resources to the game. New skins will be released regularly to keep our gamers incentivized, starting with one skin that can only be unlocked by playing Krystopia, another game which utilizes the Chromia blockchain.

We believe that all this creates a moderately complex game token economy in player-run marketplaces that will be interesting to watch evolve.

It also makes Mines of Dalarnia one of the most appealing games in which  blockchain is used for more than just storing some in-game assets.

Blockchain games with the full game actually running as a decentralized application on a blockchain are almost non-existent beyond experiments and games in their early stages as of now. The main reason is probably that real time interaction is usually a problem when game logic is running on the blockchain. There need to be workarounds, or simply games where a few seconds of lag are not an issue. A fast-paced racing game with full game logic on the blockchain would not be fun at all due to these latency issues. In other games, like round-based trading card games or economic strategy games, a few seconds of lag does not affect the gameplay experience and thus does not really matter.

The advantages of relational blockchain

As far as games (beyond a few NFT’s) actually running on most blockchains are concerned, most popular genres are currently still out of reach due to technical limitations. While even relational blockchain is not suited to run first person shooters, there are many more games where the slight latency is no issue.

Chromia is particularly well suited to cases requiring high I/O (input/output) capacity or involving management of complex data sets; MMOG’s (Massively Multiplayer Online Games) are an example of such a case. Moreover, the Chromia tech is capable of hosting entire game worlds on the blockchain, making sure that they evolve according to predetermined rules and ensuring that no one can cheat. Not only the game assets have immutable attributes like NFT’s. Even the way these items work in the game can only be changed with the explicit consent of the validating parties.

Even in a demanding game type like RTS (real time strategy), latency could also be a part of the gameplay, simulating the chain of command. The player gives an order to his troops, and they do not react immediately, but need some time to receive, understand and execute the order. This example shows that even in demanding genres like RTS, latency can be dealt with to some extent. Players will just have to take latency into account. It might eliminate some micromanagement tricks, which could be positive for players who like focussing more on strategy instead of fast clicking to gain an advantage over their opponent.

A good example for a game running completely on Chromia is auto battler Chain of Alliance. It is a multiplayer strategy game that can be played with up to eight players, matching against random opponents. It is a perfect fit for running on the blockchain, because it is focused on finding the right strategy. The player with the best choices and placements of characters and items with fitting synergies at the right positions will win. The actual battle is then fought out automatically according to the players’ choices.

Chromia’s relational blockchain can host data at a fraction of costs on other blockchains, making it particularly well suited for going beyond just storing some NFT’s on the blockchain.

Games like that, running completely on the blockchain, can live on even after the developer stops supporting them. They will continue to run as long as a core of players care enough to pay the relatively low cost of maintaining a network of providers.

ChromaWay, the team behind Chromia, has been serving its customers in traditional sectors, like the financial industry and land registry, for years. Chromia’s additional focus on gaming more recently complements this very well, as gaming is a growth industry embracing cutting edge technology and experimentation.

Chromia launched its own game studio, Chromia Studios, in August 2019, and partnered with Workinman Interactive. Workinman Interactive is an award-winning, US-based studio that specializes in cross-platform games, and works with customers including Disney, Atari, Marvel, NBC Universal, Nickelodeon, and Nintendo.

This collaboration gives us valuable insight and experience in game development. The first release of this collaboration, Mines of Dalarnia, is in beta test stage and can be played for free. It is a fast-paced cross-platform mining game with elements of economics and digital asset ownership. MoD uses the Chromia platform to store, serve and generate critical content securely on the chain. The experience gained from working on Mines of Dalarnia will be used to create a more ambitious second release, which is already in the works as well. This game will show that it is possible to build a complete game that is fun to play, runs on-chain, and showcases Chromia’s ability and scalability as a platform.

In December 2019, Chromia also acquired Antler Interactive in another move to expand their presence in the gaming sector. Antler Interactive, formerly known as SVRVIVE Studios, has created some of the best-selling virtual reality games, like SVRVIVE: The Deus Helix.

Antler Interactive has continuously been pioneering gaming for new technologies, including blockchain and augmented reality (AR). Krystal Kart AR, released at the beginning of 2019, was Antler’s first AR game built with blockchain integration. The more recent and also well received releases were the puzzle-adventure games Krystopia: A Puzzle Journey and Krystopia: Nova’s Journey. Antler will remain a separate company, but is now working closely with ChromaWay. They will develop more blockchain games based on Chromia, as well as connecting existing ones with the Chromia ecosystem. An example of the latter is the integration of Chromia’s new GRA product, which enables cross-game resource transfer. The first two games to feature this functionality will be Mines of Dalarnia and Krystopia.

Watching the role of relational blockchain for the future of gaming evolve will certainly be interesting, as there is a lot of untapped potential.

Jason Arena, CEO of Workinman, puts it this way: ‘To date, blockchain games have not been able to meet the high demands of gamers for easy access, fun, and challenge while introducing blockchain features. We look forward to breaking through this barrier with Chromia Studios.’