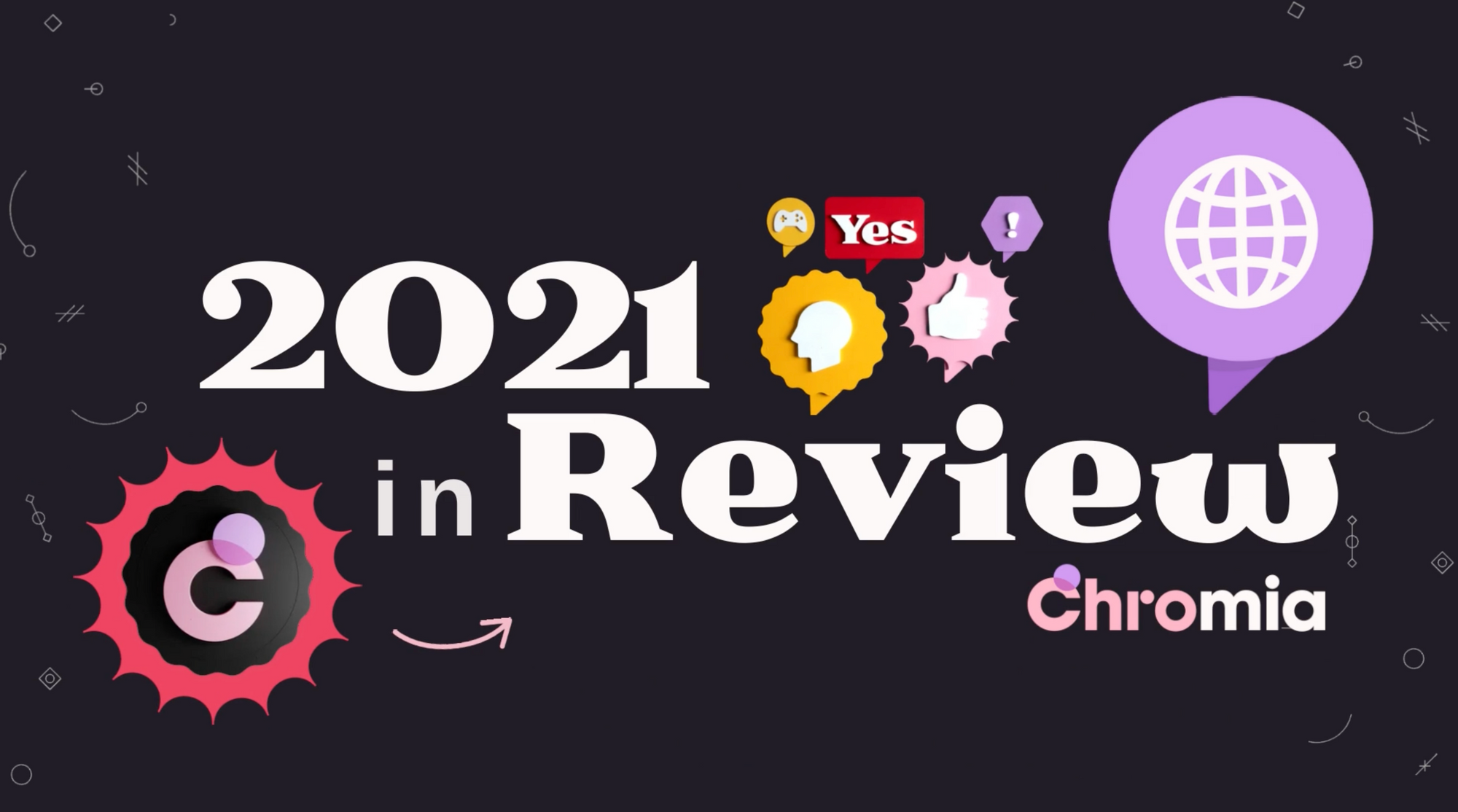 Happy Holidays! We would like to take the opportunity to summarize some of the biggest highlights from 2021, as well as look at a few news items from December and give a brief development update. Let’s get started!

2021 was an absolutely massive year for both Chromia and the cryptocurrency space at large. We saw the emergence of several new trends in the market (most importantly NFTs and blockchain gaming), which play into Chromia’s strengths and previous endeavors. Here is a short list of some of most notable events of the year:

The ‘TLDR’ of Alex’s statement is: “we have an overall plan, but it is not possible or practical to give an exact order or exact completion dates because the development process is unpredictable”.

One of the main areas of development at the moment is on the ICMF. We would like to take some time to explain what it is, and more importantly how it can differentiate Chromia’s blockchain from its competitors.

Dapps on Chromia each have their own separate chain that attaches to Chromia as a central hub. The analogy of a tree may be helpful - there is a central trunk with several branches attached. This architecture overcomes several issues with scaling and also separates each application from the main workings of the network which makes the entire network more reliable.

What ICMF does is allows for information and assets to travel between the various chains that make up the network in a seamless fashion. This opens several exciting possibilities for Dapps and games, including cross game economies.Interchain Messaging is not only critical for operations within Chromia’s network, but also for bridging and communications with external blockchain networks.

The first iteration of ICMF is nearing completion and will undergo internal testing in January before progressing to testnet and mainnet deployment.

The first instance of an NFT asset being ported from Binance Smart Chain to Chromia has occurred, in the form of Seed NFTs. These NFTs are then interacted with in the mini-game which uses Chromia on its backend. The article with information regarding this can be read here.

An additional article with further details on this development, as well as information about how Chromia’s features will enable My Neighbor Alice to have a robust in-game P2E economy is forthcoming in the near future. Keep an eye on the announcements channel to read it when it is released!

Coming Up in January

We will continue pressing forward in both our business development and tech departments. We will have more exciting news to share in the coming weeks! Until next time, Chromians!